Our blog series “DiChiera DiConstructed” explores different aspects of our founder and artistic director Dr. David DiChiera as he retires to Artistic Director Emeritus in May. Every month will look back at a different aspect of the “DiChiera Legacy” and a man who dedicated his life to his art and his city.

Part 3: The Champion of Diversity

With a canon based on works primarily from 19th-century Europe, opera has traditionally represented a specific experience and point in time. And while the classics continue to be well-loved by opera fans, Michigan Opera Theatre Founder and Artistic Director David DiChiera views opera as a living art form to change and reflect the times and communities in which they were created.

“Building bridges into the community was a primary mission,” he said, “making sure that the African-American community, the majority of Detroit’s population, was represented on the stage.”

With this mindset, DiChiera became a champion for artists of color, both in Detroit and elsewhere. MOT became among the first opera companies to produce works that reflected the African-American experience, including Porgy and Bess and Treemonisha. In 2005, MOT commissioned and produced the world premiere of Margaret Garner. The opera, about a slave family in pre-Civil War America, is based on Toni Morrison’s Beloved. The libretto was written by Morrison herself and starred renowned African-American mezzo-soprano Denyce Graves.

“I was determined that the first world premiere on our opera house stage was going to be a work that would pay homage to the African-American community,” DiChiera said.

But DiChiera’s vision was more than focusing on one segment of the population, it was championing all artists of color and creating an opera company that welcomed diversity and reflected the numerous cultural identities in Detroit. MOT was proud to be the first opera company in North American to present the Armenian opera Anoush. It also produced King Roger and The Haunted Castle, celebrating Detroit’s large Polish community. Most recently, MOT presented Frida, an opera based on the Mexican artist’s life, and The Passenger, a powerful opera about the Holocaust.

Nurturing the careers of artists of color was also a priority for DiChiera. In addition to personally working with renowned African-American singers Kathleen Battle, Maria Ewing, Leona Mitchell and Vinson Cole, DiChiera aimed to encourage minority singers on a broader scale.

While president of OPERA America in the early 80s, DiChiera developed “Opera for a New America,” a program that encouraged companies to reach previously under-addressed segments of the population. He also championed colorblind casting.

“There were some people who felt uncomfortable if I cast a black tenor opposite a white soprano, but I just simply felt one had to be colorblind in the world of opera,” he said.

DiChiera also aimed to reach a younger segment of the population of potential performers and aficionados, who might not have felt welcome in a traditionally white-dominated art form.

“When we [we would] take these programs to the schools and the community centers, I wanted people, particularly young students, to see themselves on stage,” he said. “If they saw a really talented black singer on that stage performing a lead role, it begins. Then they feel like this is not ‘them’ this is ‘us.’ I was so focused on making sure in the very beginning there was diversity.”

DiChiera’s fight for diversity and inclusion will be epitomized at his Grand Salute concert May 19. The event, an honor of his work as he prepares for retirement at the end of this season, will features artists of all races, ages and backgrounds paying tribute to the man who has impacted their careers, including Graves and renowned singer Christine Goerke.

“Embracing and reflecting the incredible diversity of our community is an ongoing part of the Detroit Opera House mission,” DiChiera said. “Because we are all enriched as we share and experience one another’s culture.”

After 46 years building an opera company on principles of inclusiveness and representation, the concert will bring MOT’s mission full circle and ensure its strength moving forward. 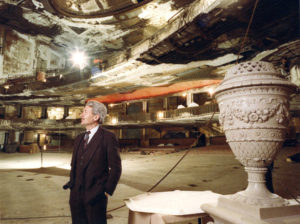 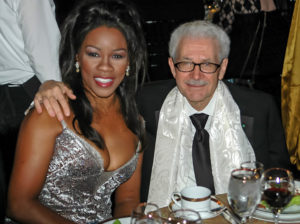 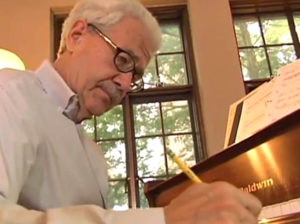 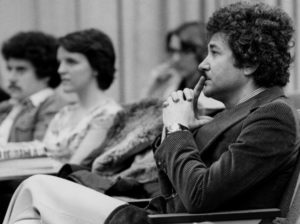