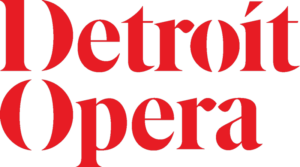 After more than 50 years, Michigan Opera Theatre is changing its name: in tandem with a return to the Detroit Opera House for the April 2 premiere of La bohème, the company will be known as Detroit Opera. The name change marks a new era in the company, highlighting the transformative vision unveiled in spring 2020 by President and CEO Wayne S. Brown and Gary L. Wasserman Artistic Director Yuval Sharon to create a new and ambitious standard for American opera that emphasizes community, accessibility, artistic risk-taking, and collaboration.

"As we enter our second half-century, and with all the unique new productions emerging, our Board and Trustees decided that it was time for a change," says Brown. “We are a Detroit-based company operating in Detroit, a city with a growing national and international recognition as an arts-focused city. We want to take advantage of that recognition and add to it.

“With the opera productions returning to the Detroit Opera House after a two-year cessation due to the COVID closure, the comfort and convenience improvements we've made for our patrons, and the truly unique and exciting productions we're bringing to the stage, a new name for the company seems entirely timely and right,” says Brown. “Detroit Opera is ready to welcome Detroiters, Michiganders, and audiences in general to our productions, and we’re confident they’ll be impressed by what they see. It’s truly exciting and we're truly excited for our second half-century to begin!"

"At first glance 'Detroit Opera' may seem like a small change," says Board Chairman Ethan Davidson, "but we think it's actually huge. Over just the next year we're partnering with seven other opera companies, including the Metropolitan Opera. Featuring Detroit Opera in the promotion of all those productions will help us launch our new name on a national stage, and with the incredibly innovative approach our new Artistic Director Yuval Sharon is taking in these productions we'll send a message that creativity and new ideas are blossoming in Detroit."

“Detroit Opera is already who we are," says Artistic Director Yuval Sharon. "This company is of Detroit, and its home since 1996 is the Detroit Opera House. David DiChiera took a chance on Detroit in challenging times for the city, and we want to make it clear we intend to stay rooted right here. The fact that we are celebrating 'The Next 50' of the organization, renovating the hall to make it more accessible for the audience, and signaling a change in artistic direction—all of this says now is the time to adapt and align ourselves even more with our community.”

The company began its life as “Overture to Opera,” a branch of the Detroit Grand Opera Association that presented excerpted operas for the DGOA’s educational outreach program. Under opera company founder David DiChiera’s leadership, the organization progressively matured into a bona fide opera company, establishing its own board of trustees in 1971. By 1972, Overture to Opera was officially accepted as a member of OPERA America, and by 1973, the newly renamed Michigan Opera Theatre began operation as an independent organization separate from the DGOA.

While the new name highlights the city and signifies the company's changing ambitions, the deliberate centering of Detroit in the company's name is in direct keeping with the vision of Dr. DiChiera, whose name remains at the heart of the company in The David DiChiera Center for the Performing Arts. 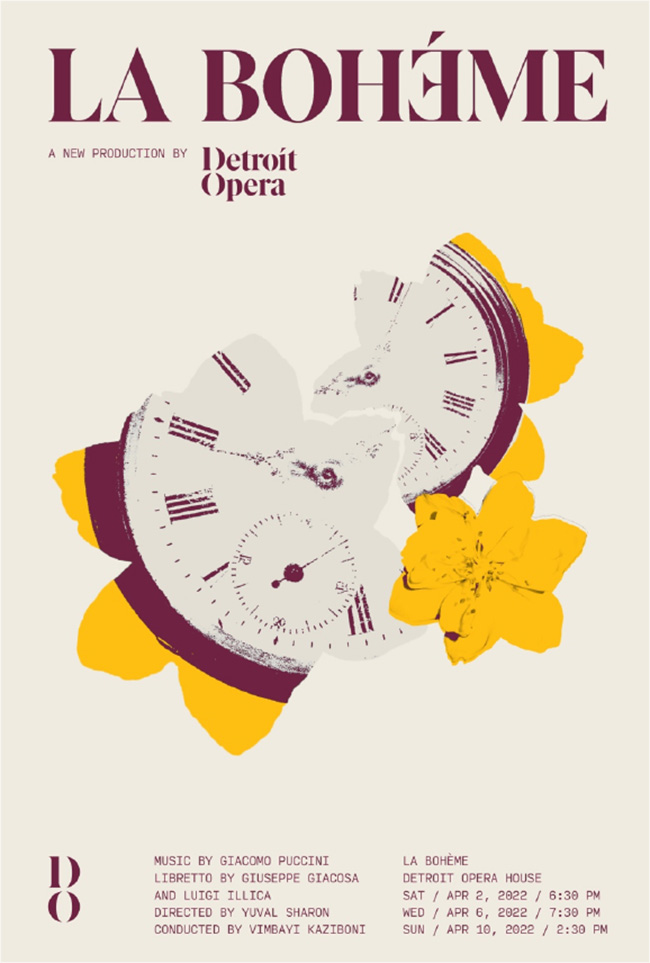 On April 2, the company invites audiences back to the Detroit Opera House for Sharon’s new production of La bohème, the first in-person opera performances in the venue in more than two years  and the first under the Detroit Opera name. Fittingly, the production casts familiar elements in a new light, as Sharon and Detroit Opera stage the classic opera in reverse order from Act IV to Act I,  with text and music otherwise unchanged. In this new arrangement, Sharon and Detroit Opera reappraise the ways in which audiences and artists can interact with repertoire, bringing fresh eyes  and ears to a classic while extracting hope from tragedy, life from death, and love from loneliness. Presented in a co-production with Spoleto Festival USA and Boston Lyric Opera, this bold,  unconventional take on Puccini’s opus is itself an experimental, nonconforming, and original piece of art. La bohème will be conducted by Vimbayi Kaziboni and features a cast that includes Aundi  Marie Moore (Mimi), Matthew White (Rodolfo), Edward Parks (Marcello), Brandie Inez Sutton (Musetta), Benjamin Taylor (Schaunard), and Cory McGee (Colline).

"The music that begins Act I and Act IV is almost identical," says Sharon, "and even in its normal chronology, La bohème isn't a connected linear narrative, but a collection of short episodic  narratives. So a reverse chronology comes more easily than you might expect. But the effect is profound: suddenly, La bohème, this classic, archetypal opera, becomes a bit of a mystery. We know  there's a darkness to it, we watch the death and tragedy unfold. But where does it start? As we move through the world of memory, we witness a resurrection, and a new love blooming. When the  audience leaves the theater, they won't be left with the heaviness of inevitability. Instead, they'll be left with a notion that the pain was worth the fleeting moments of joy. We move backward, so  our audience can move forward."

In order to keep the narrative of the reverse staging cohesive, Sharon introduces a new role: The Wanderer, portrayed by George Shirley. The Wanderer will give a spoken introduction to each act,  helping the audience follow the reverse chronology of the story. This new text is drawn from the original source material for the opera and stage directions, allowing the opera to remain true to its  artistic and historic milieu. In addition to his spoken introductions to each act, The Wanderer will also appear in three new fourth-wall-breaking scenes; in each appearance, the action will be put on  hold as he asks the audience to consider which direction the story could have gone.