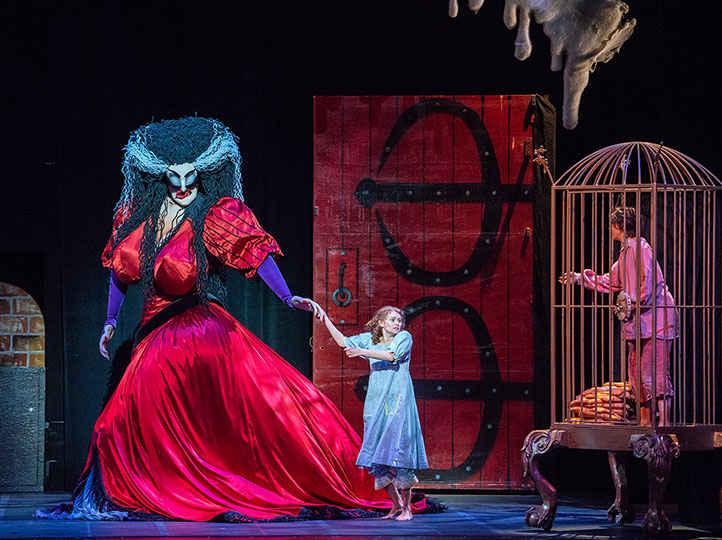 This performance has ended. For our upcoming performances please visit our Season at a Glance page. 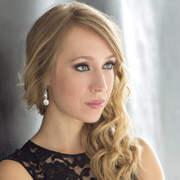 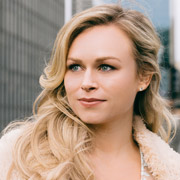 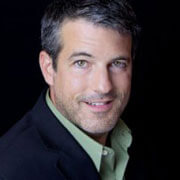 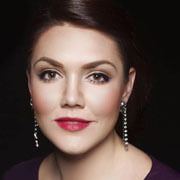 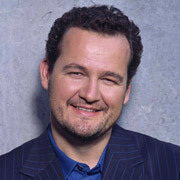 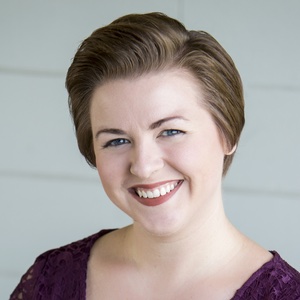 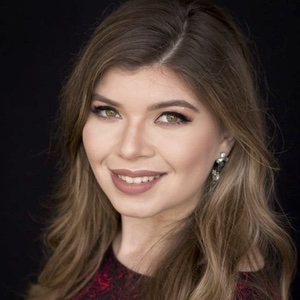 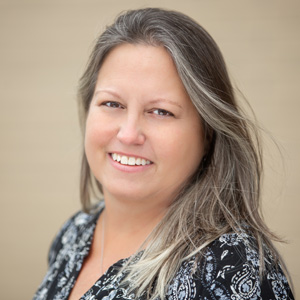 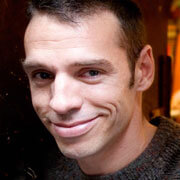 Mezzo-Soprano Emily Fons has made several exciting role and company debuts in recent seasons that have set her apart as a versatile, powerful, and engaging performer. Ms. Fons was hailed by Opera News as one of opera’s rising stars and one of the best singing actresses of her generation, and received a Grammy nomination for her work on Jennifer Higdon’s Cold Mountain. Ms. Fons has been lauded for her virtuosic abilities in Baroque and Bel Canto repertoire, her winning portrayals of opera’s traditional “trouser roles”, and the dramatic commitment and musicality she brings to modern works. In the past few seasons Ms. Fons has sung with The Berlin Philharmonic, The Santa Fe Opera, Lyric Opera of Chicago, The International Händel Festspiele, the Cleveland Orchestra, Dallas Opera, San Diego Opera, Opera Omaha, Boston Lyric Opera, the Florentine Opera, Madison Opera, Opéra de Lille, the Ongaku-Juku Festival, the Los Angeles Philharmonic, and Opera Theatre of Saint Louis.

American soprano Deanna Breiwick, hailed by The New York Times for her “sweet sound and floating high notes” and for being a “vocal trapeze artist,” is enjoying an exciting and diverse career. A series of house and role debuts encompass Ms. Breiwick’s 2018/19 season. She will return to the Metropolitan Opera as a Shadow in the North American premiere of Nico Muhly’s Marnie, conducted by Robert Spano, debut with Michigan Opera Theatre as Gretel in Humperdinck’s Hansel und Gretel and Rosasharn in Ricky Ian Gordon’s The Grapes of Wrath, debut Adina in Donizetti’s L’Elisir d’Amore with Opera Omaha, debut the role of Cunegonde in Candide for a return to Des Moines Metro Opera, and Norina in Don Pasquale for a house debut with Berkshire Opera Festival. Orchestral highlights include a return to the Charleston Symphony for Handel’s Messiah.

Mary-Hollis Hundley, soprano, spent the 2017-18 season making company and role debuts as Helena in A Midsummer Night’s Dream with Virginia Opera, Zerlina in Opera on the James’ Don Giovanniand as a cover for Christine Brewer’s Ariadne auf Naxos at Kentucky Opera. During the summer, she returned to the Opera Theatre of Saint Louis for her second summer as a Gerdine Young Artist, where she covered Susan Graham in the title role of Blitzstein’s Regina. She spent the remainder of the summer as a Resident Artist at Teatro Nuovo, where she covered Jennifer Rowley in the title role of Mayr’s Medea in Corinto. Mary-Hollis with perform the role of Gertrude in Michigan Opera Theatre’s April production of Hansel and Gretel.

Peter The German-born Canadian baritone, Russell Braun, is the son of Canadian baritone Victor Braun and German mezzo-soprano Eraine Schwing-Braun. He lived in Frankfurt until the age of 17, when his family moved to Canada. He studied piano with John Coveart at the Royal Conservatory of Music in Toronto, and later voice with Patricia Kern at the University of Toronto. Renowned for his luminous voice “capable of the most powerful explosions as well as the gentlest covered notes” (Toronto Star), Russell rightfully claims his place on the concert, opera and recital stages of the world. Possessing a lyric baritone of beauty, flexibility and communicative power, Braun’s large repertoire encompasses the operas of Rameau, Gluck, Purcell, George Frideric Handel, Monteverdi, Mozart, Rossini, Donizetti, Berlioz, Thomas, Charles Gounod, Massenet, Camille Saint-Saëns, Debussy, Strauss and Benjamin Britten. His intelligent and thoughtful portrayals of Chou En-lai, Billy Budd, Prince Andrei, Figaro, Papageno, Count Almaviva, Don Giovanni, Pelléas, Eugene Onegin, and The Traveller have captivated audiences at the Metropolitan Opera in New York, l’Opéra de Paris, the Wiener Staatsoper, the Royal Opera, Covent Garden in London, the Los Angeles Opera, La Scala in Milan, the Salzburg or the Glyndebourne Festival. His orchestral and recital repertoires include two dozen major works and hundreds of songs in German, French, Italian, Russian, and English.

Soprano Cheyanne Coss is a recent graduate of New England Conservatory, where she performed the roles of Iphigénie in Gluck’s “Iphigénie en Tauride”and Sandrina in Mozart’s “La Finta Giardiniera.” This summer, she will make her San Francisco debut in the role of Aminta in Mozart’s “Il Re Pastore”with the Merola Opera Program. Cheyanne has also performed with Chautauqua Opera, Charleston Symphony Orchestra, and Opera Theatre of Saint Louis. Cheyanne has won several competitions, including First Place in the William C. Byrd Young Artist Competition, the David Daniels Young Artist Competition and second place in the FAVA Grand Concours Competition. Next season, Cheyanne will make her debut as Pamina in “The Magic Flute”with Opera Grand Rapids and Toledo Opera. As the new Michigan Opera Theatre Studio soprano, she will perform Berta in “The Barber of Seville,” Dew Fairy in “Hansel and Gretel” and Paquette in “Candide.” Cheyanne hails from Eaton Rapids, Mich. and is a proud alumna of Oakland University.

Traverse City, Michigan native Katherine DeYoung is the resident mezzo-soprano of the Michigan Opera Theatre Studio. Her recent MOT roles include Mae in The Grapes of Wrath, Sandman in Hansel and Gretel, the Old Lady in Candide and the Mother in Amahl and the Night Visitors. Last summer, she performed as an apprentice with Santa Fe Opera and holds a master’s degree at the University of Houston where she performed Isabella in The Italian Girl in Algiers, Gertrude in Romeo and Juliet and Elizabeth Proctor in The Crucible. She also performed the title role in Carmen with Opera in the Ozarks. In February, she won the Online Viewers’ Choice Award in Houston Grand Opera’s Eleanor McCollum Competition for Young Singers. She is also a District Winner of the 2018 Metropolitan Opera National Council Auditions and is an alumna of Michigan State University.

Kimberley S. Prescott is excited to return to Michigan Opera Theatre where she last assistant directed Julius Caesar in 2012. The majority of her work has been at opera companies like the Baltimore Opera, WolfTrap Opera, the Washington Opera, the Atlanta Opera, Palm Beach Opera, the Kentucky Opera, Opera San Antonio, Los Angeles Opera, Lyric Opera of Kansas City and Seattle Opera where she worked on the 1995 production of Der Ring auf des Niebelungen. Kimberley has also worked abroad with opera houses in Italy, France, Germany, Scotland and Ireland. Her home company from 1994-2006 was the Houston Grand Opera where she stage managed over 50 productions including 12 world premieres (such as Harvey Milk, Florencia en el Amazonas, Little Women, Cold Sassy Tree and The Little Prince) and multiple outside projects. Kimberley's current home is as the Production Stage Manager for Opera Theatre of Saint Louis where she has worked since 2008 and has staged managed, among other productions, the world premieres of The Golden Ticket, Champion, 27 and Shalimar the Clown.

Basil Twist is a puppeteer now living in New York. He is the sole American to graduate from the École Supérieure Nationale des Arts de la Marionnette in Charleville-Mezieres, France. Basil’s showmanship was spotlighted in New York by “The Jim Henson International Festival of Puppetry” with his award winning “The Araneidae Show.” Coupled with the critically & popularly praised and multiple award-winning “Symphonie Fantastique,” Twist was revealed as a singular artist of unlimited imagination. Highlights of Twist’s subsequent work have included “Petrushka” (commissioned by Lincoln Center) and “Dogugaeshi” (The Japan Society), “Behind the Lid” (Silver Whale Gallery) with Lee Nagrin and “Arias with a Twist” (HERE) co-created with nightlife icon Joey Arias. “Symphonie” and these productions have toured throughout the world.

In the broom-maker’s house. Hansel complains he is hungry. Gretel shows him some milk that a neighbor has given for the family’s supper. The children dance. Their mother returns and wants to know why they have got so little work done. She accidentally spills the milk and chases the children out into the woods to pick strawberries.

Their father, a broom-maker, returns home drunk. He brings out the food he has bought, then asks where the children have gone. The mother tells him that she has sent them into the woods. He tells her about the Witch who lives there, and that the children are in danger. They go out into the woods to look for them.

The Sandman comes to bring them sleep, sprinkling sand over their eyes. The children say their evening prayer. In a dream, they see 14 angels.

The gingerbread house. The Dew Fairy comes to waken the children. Gretel wakes Hansel, and they see the gingerbread house. They do not notice the Witch. The Witch decides to fatten Hansel up and puts a spell on him. The oven is hot. Gretel breaks the Witch’s spell and sets Hansel free. When the Witch asks her to look in the oven, she pretends she doesn’t know how to: the Witch must show her. When the Witch peers into the oven, the children shove her inside and shut the door. The oven explodes. The gingerbread children come back to life. The mother and father find the children, and all express gratitude for their salvation. 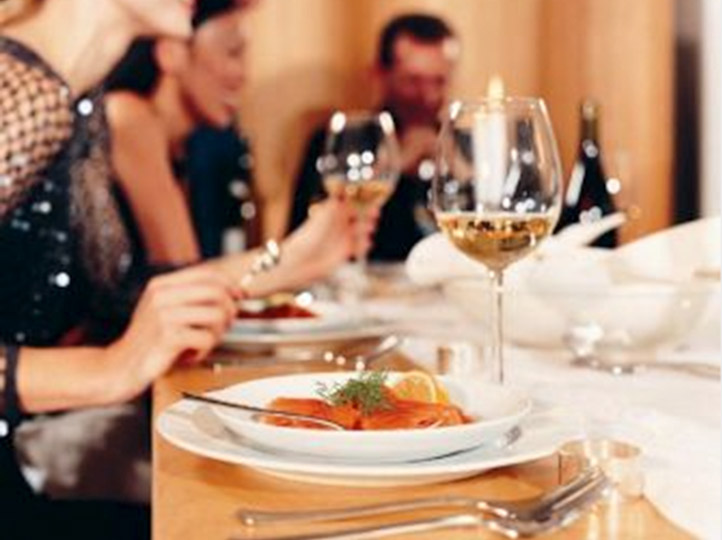 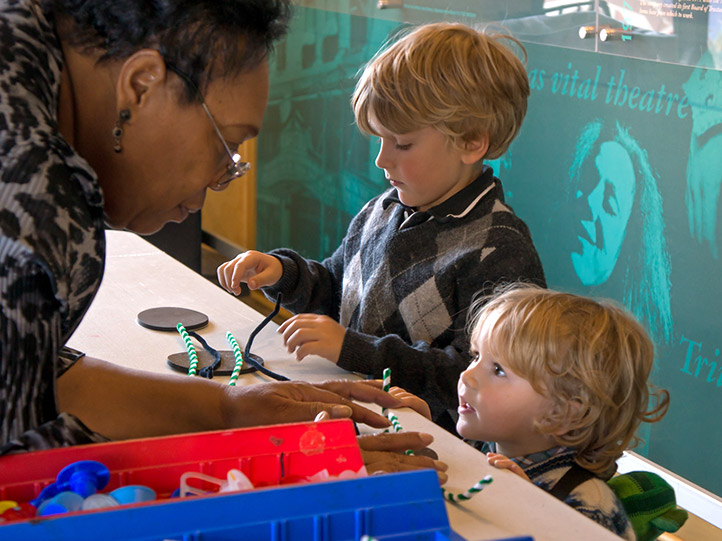 This production was support in part by an award from:

‘Hansel and Gretel’ is “mesmerizing” at MOT

Adults in the opening-night audience gasped, laughed and applauded as this magnificent creation vamped across the stage and even managed a burlesque-type shimmy as she cast one of her horrible spells.

It is NOT just a children’s production, but a stupendous display of staging and strong, rich beautiful music. If you miss this Detroit production, you have missed adding another dimension to your opera-going experience. So sad
🙁

It’s a tale as old as time. A young brother and sister are driven from their poverty-stricken family to fend for themselves in the woods, only to be...

This production was support in part by an award from: