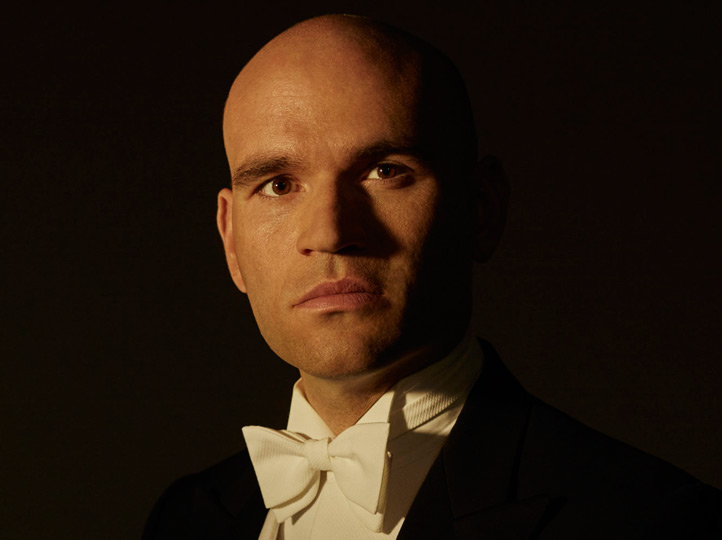 An Evening with Michael Fabiano and Leah Crocetto, with Rodrick Dixon, the MOT Orchestra, and dancers from American Ballet Theatre

Michigan Opera Theatre’s 49th season begins with a spectacular concert featuring the incomparable American tenor Michael Fabiano. Hailed by The New York Times as “one of the most exciting, sought after singers in the world,” Michael Fabiano has mesmerized audiences around the globe, performing sold-out engagements at the world’s great opera houses. Additionally, renowned soprano Leah Crocetto and the ever-popular Rodrick Dixon join Mr. Fabiano on stage. For this extraordinary opening event, these artists will join the Michigan Opera Theatre Orchestra to perform beloved works from the opera and musical theater repertoire.

The evening will also celebrate dance with a special appearance by dancers from American Ballet Theatre. 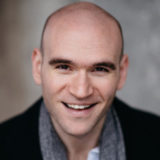 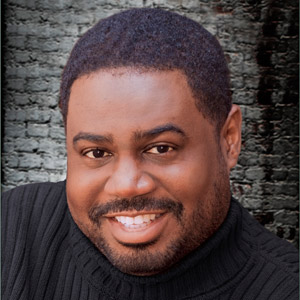 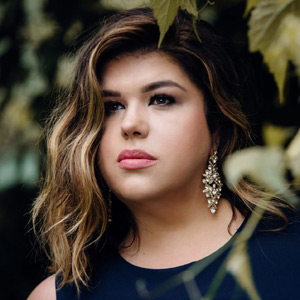 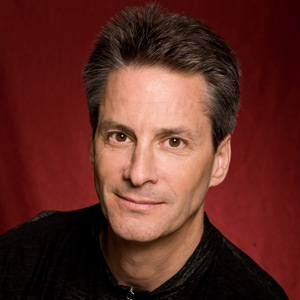 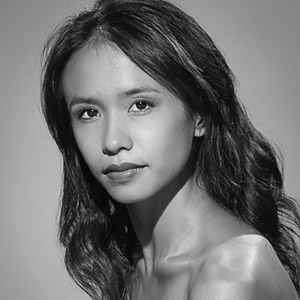 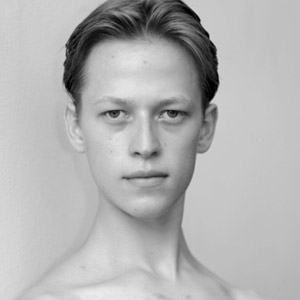 Mr. Fabiano has performed at many of the world’s leading opera houses; a list that includes: the Metropolitan Opera, San Francisco Opera, Royal Opera, Opera Australia, Teatro Real, Opéra National de Paris, Dutch National Opera, La Scala, ABAO-OLBE, Dresden Semperoper, Deutsche Oper Berlin, the Glyndebourne Festival, Royal Danish Opera, and Houston Grand Opera. In addition, he has graced concert stages with some of the world’s most acclaimed orchestras such as the Cleveland Orchestra, San Francisco Symphony, Los Angeles Philharmonic, Philadelphia Orchestra, Oslo Philharmonic, and the Vienna Symphony, and has performed a number of major recital and concert tours. On DVD, Mr. Fabiano can be seen in the title role of Donizetti’s Poliuto and Alfredo in La Traviata, both from the Glyndebourne Festival on Opus Arte, Cassio in Otello from the Metropolitan Opera on Decca, and Gennaro in Donizetti’s Lucrezia Borgia from the San Francisco Opera on EuroArts and Naxos of America. Mr. Fabiano is the recipient of Australia’s prestigious Helpmann Award in the “Best Male Performance in an Opera” category, for his portrayal of the title role in Gounod’s Faust with Opera Australia. He is a member of the Metropolitan Opera Guild Artists’ Council and one of the founders of ArtSmart, a non-profit organization that provides free voice lessons to students in public schools in under-served neighborhoods within the U.S.

Rodrick Dixon is a classical crossover artist that possesses a tenor voice of extraordinary range and versatility. His body of work covers 25 years of television, recordings, live theater and concerts, including PBS Specials with tenors Victor Cook, and Thomas Young; Hallelujah Broadway starring his wife, Alfreda Burke; the Miss World Pageant broadcast from China and Washington, DC on the “E” channel in 126 countries. Dixon recently appeared in the annual Freedom Awards filmed at the Orpheum Theater in Memphis, Noel Noel Christmas concert at Mississipi Blvd church for Fox 13 broadcast on Christmas Day and Martha & Snoop’s Potluck Dinner Party VH1. His eclectic discography with Sony BMG, EMI Records & Naxos has delighted fans all over the world.

Described by the New York Times as possessing an “agile coloratura technique and a feeling for the Italianate style… with warmth, full penetrating sound and tenderness,” American soprano Leah Crocetto continues to astonish audiences with her moving portrayals of opera’s greatest heroines. In the current season, Ms. Crocetto returns to Seattle Opera as Leonora in Il trovatore. She sings her first performance of Bellini’s Norma in concert with North Carolina Opera, and makes her debut at Carnegie Hall’s Weill Hall in recital with pianist Mark Markham, with additional performances in Washington, D.C. and Easton, Pennsylvania. Ms. Crocetto makes her Australian debut with the Melbourne Symphony Orchestra as the soprano soloist in Verdi’s Requiem, and with the Los Angeles Philharmonic she is a soprano soloist in Mahler’s epic Symphony No. 8 “Symphony of a Thousand,” under the baton of Gustavo Dudamel.

Steven Mercurio is an internationally acclaimed conductor and composer whose musical versatility encompasses the symphonic and operatic worlds. For five years he was Music Director of the Spoleto Festival and Principal Conductor of the Opera Company of Philadelphia. Maestro Mercurio is also a sought after collaborator for many award winning recordings, arrangements and film projects. As a composer, Maestro Mercurio's compositions include songs, chamber works, and pieces for large orchestra. For Lost Loved Ones was given its world premiere by Zubin Mehta and the New York Philharmonic Orchestra. His Mercurial Overture received its world premiere by the Oslo Philharmonic in a concert telecast honoring the Nobel Peace Prize winners with Maestro Mercurio conducting. He recently completed his first symphony, titled A Grateful Tail, based on American playwright Eugene O’Neill’s Last Will and Testament of Silverdene Emblem O’Neill.

Léa Fleytoux began studying ballet at the age of four with Nicole Chouret in her classes at the Ranelagh Theater in Paris. Fleytoux continued her training at the Conservatoire Municipal Camille Saint-Saens (2007-2010), École National Danse Marseille (2010-2013) and Conservetoire National Supérieur de Musique et de Danse de Paris (2013-2016). She participated in summer programs at Biarritz Academy, Paris Opera Ballet School and Alvin Ailey. Fleytoux began training at the American Ballet Theatre Jacqueline Kennedy Onassis School in September 2016 before joining ABT Studio Company in January 2017. She became an apprentice with the main Company in December 2018 and joined the corps de ballet in June 2019.

Jarod Curley was born in Bethesda, Maryland and began his dance studies at the Frederick School of Classical Ballet in Frederick, Maryland in 2004. He continued his training at The CityDance Conservatory in Rockville, Maryland with Ivy Chow and at Next Generation Ballet in Tampa, Florida, under the mentorship of Peter Stark. Curley spent his senior year of high school training on scholarship at the John Cranko School, the affiliate school of the Stuttgart Ballet. Curley has participated in summer programs at Next Generation Ballet, School of American Ballet, Harid Conservatory, San Francisco Ballet School, Ellison Ballet and IBStage. He was a finalist at the Prix de Lausanne in 2015 and at the Youth America Grand Prix in 2015 and 2016. Curley joined American Ballet Theatre Studio Company in September 2016, joined the main Company as an apprentice in December 2018 and became a member of the corps de ballet in June 2019. 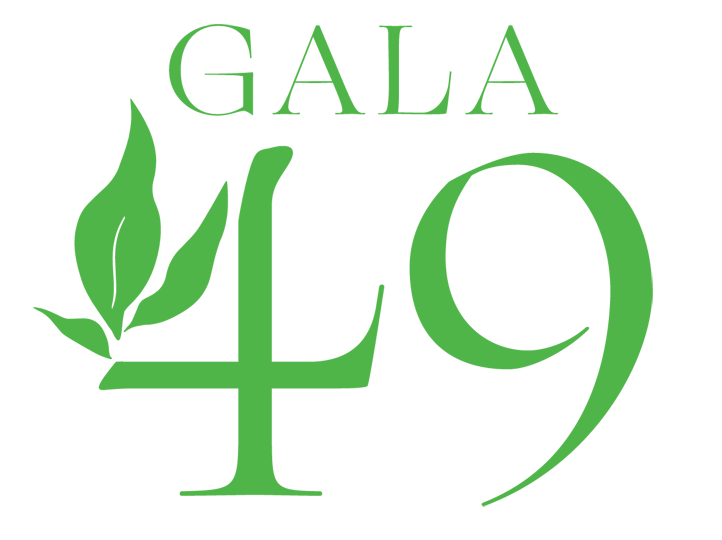