Our Studio Spotlight concludes with tenor Michael Day, originally from Rockford, Illinois. Michael has performed in “Tosca,” “27” and “The Marriage of Figaro” with Michigan Opera Theatre, and we are proud to announce he will be one of our returning artists to the Michigan Opera Theatre Studio next year! See Michael perform next season in the title role of “Candide” and as Al Joad in “The Grapes of Wrath”!

Q: What is your favorite opera and why?

A: My favorite opera is “La Fille du Regiment” (“The Daughter of the Regiment”). There is something so charming about Marie and her relationship with all her “fathers,” and I think the melodies are some of the greatest Donizetti ever wrote.

Q: What has been your favorite performance experience?

A: My favorite performance experience was singing the role of Al Joad in Ricky Ian Gordon’s “The Grapes of Wrath” at Opera Theatre of Saint Louis. Not only is this a devastatingly beautiful story and score, but I got to work with an all-star cast and with a composer and librettist that truly understand storytelling through music. It was very formative for me as a singer and artist.

Q: What is your dream role?

A: My dream role is to sing Rodolfo in “La bohème.” His music is difficult to sing but is just divine, all the way through the role.

Q: What’s been the best part about being in the Michigan Opera Theatre Studio program?

A: The best part about being in the Michigan Opera Theatre Studio program has been the talent I am surrounded by. I learn so much every day from our teachers Richard Leech and Tessa Hartle, but also from my immensely talented colleagues and of course our principal conductor Stephen Lord.

Q: What’s the best part about living in Detroit?

A: For me, the best part of living in Detroit is simply the experience of living and working in a big city. I have never spent this much time in a major city, so I am still pretty enamored with the buzz and excitement of everyday life here.

Q: If you weren’t an opera singer, what would you be?

A: If I weren’t an opera singer, I would be a choir teacher. My undergraduate degree was in choral music education, and I have always loved conducting and singing in choirs. In another life (or maybe later in this one) I am a high school choir teacher who pretends not to like show choir.

Q: What is one thing people would be surprised to know about you?

A: People would be surprised to know that I play chess almost every single day.

Supported by a major grant from the William Davidson Foundation, the MOT Studio is a resident artist training program focused on supporting the next generation of opera singers. For more information, visit Michigan Opera Theatre Studio. 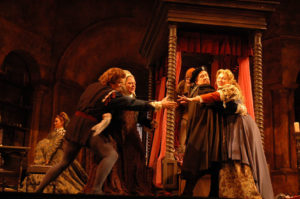 We’ve added a show! Michigan Opera Theatre is excited to announce that we’ve added Michael Ching’s Buoso’s Ghost to our 2019-20 season! The... 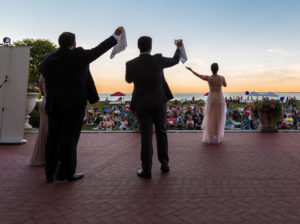 We are thrilled to announce our 2019-2020 Michigan Opera Theatre Studio Artists! Returning are mezzo-soprano Katherine DeYoung and bass Allen Micha...

New Studio Artists are ready for a year of performance and training! 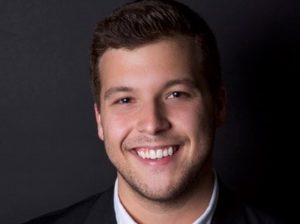